Last week Nokia X6 went official in China and today was the day of results as the first flash sale started. Unsurprisingly, the X6 saw a very good demand. All variants of the handset were sold out within 10 seconds of the start of sale. There are no details about how many units were sold, but we hope that the numbers were good. 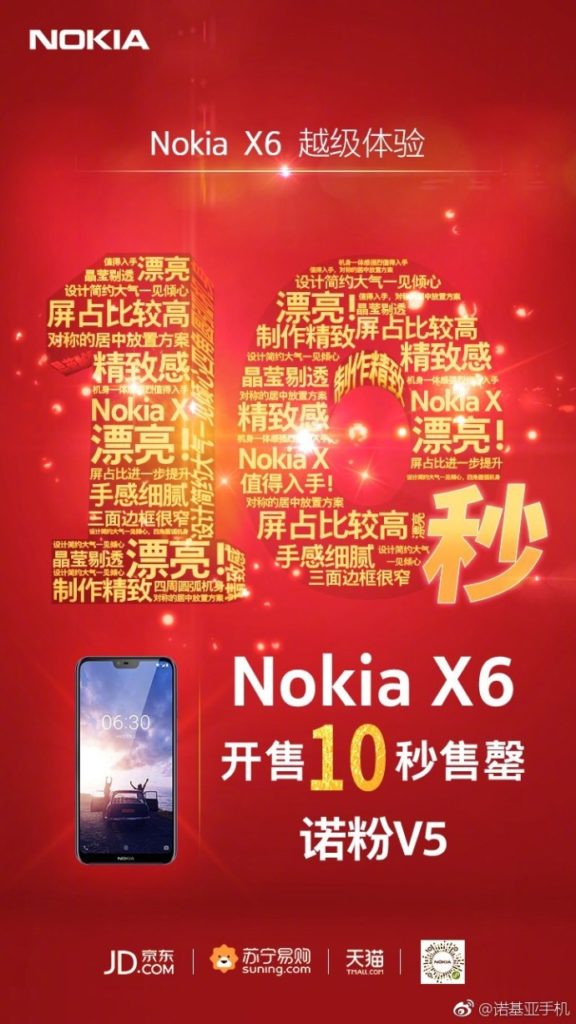 Nokia Mobile announced the same via their official Weibo account.

Flash sales are generally not very convenient for the buyers. However, it is a definite win for the brands. It helps in building up the media buzz and also sell all the inventory. eTailers in China are now accepting registrations for the next flash sale to be held of May 25th.

Nokia X6 might make a global appearance during the upcoming Nokia Mobile event in Russia. HMD’s CPO, Juho Sarvikas has also hinted regarding the global availability.