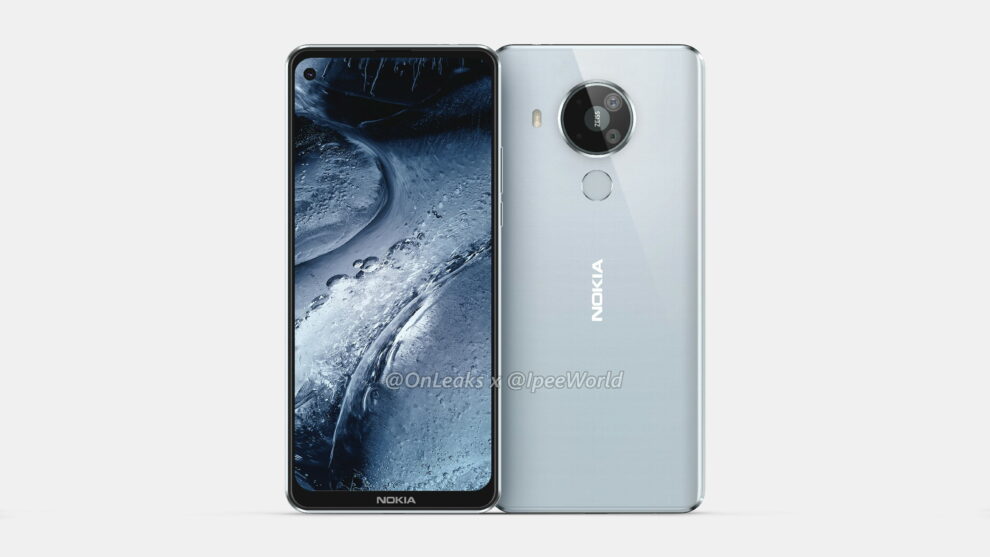 It is the time for nostalgia to strike again. New leaks of upcoming Nokia devices have started showing up. Steve H.McFly at OnLeaks in partnership with IPEE World has revealed yet another Nokia phone before Florian and team could get to the stage. In a series of renders shared by the platform, the Nokia 7.3 can be seen from all sides.

The renders show that Nokia 7.3 resembles the Nokia 8.3 5G a lot. The front of the device is a similar hole-punch full HD+ display, however a bit smaller at 6.3-inches in diagonal dimensions. The phone is also retaining the sizeable chin where the Nokia logo sits at the center.

When flipping it over, we can see a quad-camera housing that probably houses a 48MP primary sensor with supporting 8MP, 5MP, and 2MP sensors for ultrawide, macro, and depth (respectively) along with the ZEISS branding in the middle. The Nokia 7.3 however parts ways with the Nokia 8.3 to use a rear-mounted fingerprint scanner as compared to the one integrated into the power button on the Nokia 8.3.

The sides are the usual set of volume & power buttons handling the right side of the device. The speaker grill, USB-C port appear at the bottom while the headphone jack is taking its place at the top.

Nokia 7.3 should be powered by Qualcomm’s Snapdragon 690 CPU with 5G support. Nokia 7.3 and other new devices should make an official appearance before the end of the year. We need to wait for more details to unfold. It is clear though that Nokia Mobile still has some hot products to drop before the year comes to an end. 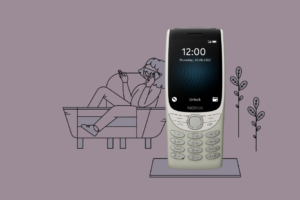