Home » News » Image of Upcoming Nokia 3310 Handset – Probably the Closest to Reality
Add Comment
This hand-sketched render of the Nokia 3310 might be the closest one to the reality. Classic design with cameras and data functionality.

Nokia 3310 has leaked numerous times. The worst leak we’ve seen so far is with an ugly design and Android OS on top. Nokia 3310 was a feature phone and HMD Global might make it slightly smarter. Feast your eyes to a new image of the Nokia 3310. This one is handmade, but one of the best we’ve seen so far. It looks pretty neat and goes with the design which is a part of modern feature phones from Nokia. 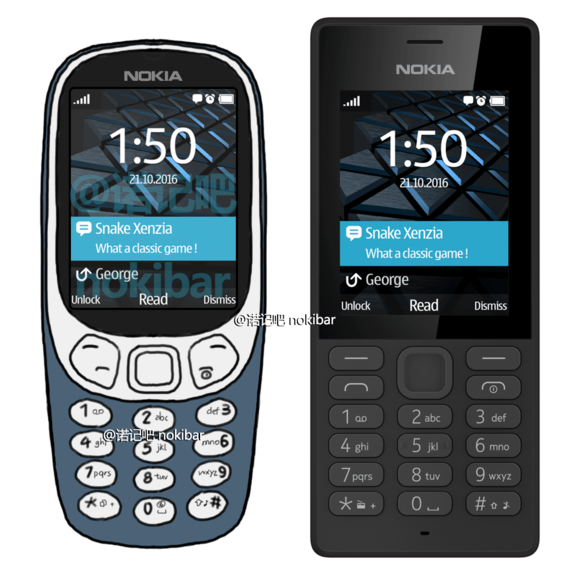 The image comes from NokiaBar. The source claims of it to be 90% close to how the original Nokia 3310 will look like.

About 3 Nokia branded handsets are expected to launch at the MWC 2017 keynote. Be sure to grab the live stream links and block your calendar to watch the Nokia keynote live in 360-degrees.