Nokia 9 (which goes by the project code AOP) has leaked in its full glory. Popular leakster Steve H (OnLeaks) in collaboration with 91Mobiles have released the high-resolution renders of the Nokia’s upcoming camera monster. The source also posted the 360-degree video of the device.

Construction: The renders resemble the previously leaked real-life image of the device. The structure appears to be in the form of a glass-sandwich design with a metallic chassis in the middle. Coming to the choice of metal, all metallic Nokia phones (from HMD Global) have used aluminum, except for the flagship Nokia 8 Sirocco. They used steel on the Sirocco, and Nokia can repeat that considering the Nokia 9 will be the most expensive Nokia flagship in the past two years.

Back: On the back are the five camera lenses, a LED flash, and proximity sensor or laser autofocus. We do not have a solid evidence of the camera resolution and what all those 5 lenses will be. The rest of the back is taken care of by the ZEISS and the Nokia logo.

Front: The front of the device is pretty standard. One good thing is that the bezels have reduced and there’s no notch!! The device is also rumored to feature an under-display fingerprint scanner.

Nokia 9 PureView? HMD Global (Nokia Mobile) has previously acquired the Pureview trademark from Microsoft. And there could not be a better opportunity to bring back the PureView branding. That said, the renders do not showcase the PureView aspect yet. So, we’ll have to wait for the official announcement to know more.

Here are some of the aspects which are kind-of confirmed.

The Nokia 9 (with or without Pureview) is expected around the starting of 2019. MWC 2019 can be a good opportunity for Nokia Mobile to introduce its best camera smartphone. 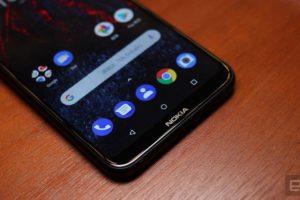 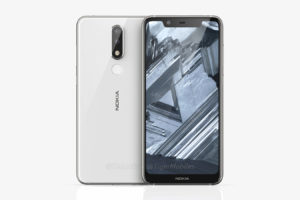 (Update: Officially teased) New leak suggests that Nokia X5 (5.1 Plus) is launching in China on July 11