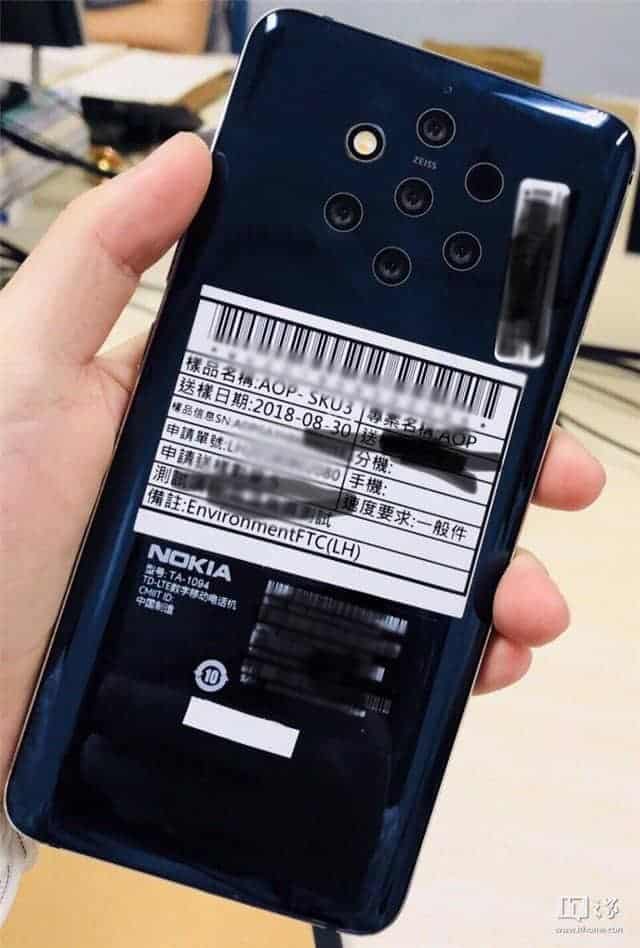 A new image of a Nokia device has just come out of China. The device sports a penta (5) lens camera setup and also mentions the AOP-SKU3 on the sticker at the back. There’s a Zeiss logo as well as the flash (not Xenon) and a IR for faster focusing. The main highlight is of-course the penta lens camera setup and before you’ll ask what are all these sensors for, I’ll spend some time exploring how Light.io intends to make use of multiple sensors.

The image shows the model number to be TA-1094. And since it sports 2 IMEIs, this will be a Dual SIM device (the Sirocco is single SIM). All in all, the pic looks very real to me, especially when it matches a reflection image which was making the rounds a few days ago. So, this looks like the real deal. There’s no information on what this device would be called. It could appear as a Nokia 9 (which we are waiting for since last year) or as the ultimate flagship – Nokia 10 (or X?).

Meanwhile, I checked the FIH Servers for OTA files and the latest I could spot was AOP-1860-0-00CN-A02.  Per a recent tweet from Calyx Hikari, the AXX versioning is used for internal builds and it should change to BXX when the software becomes production-ready.

What else we know about Nokia AOP/Nokia9 ? That it is also called as A1P. It will sport an under-display fingerprint scanner and run on Qualcomm’s Snapdragon 845 SoC 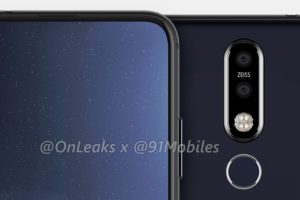 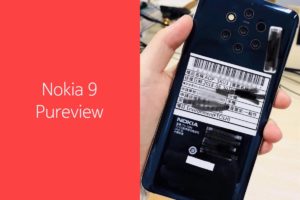