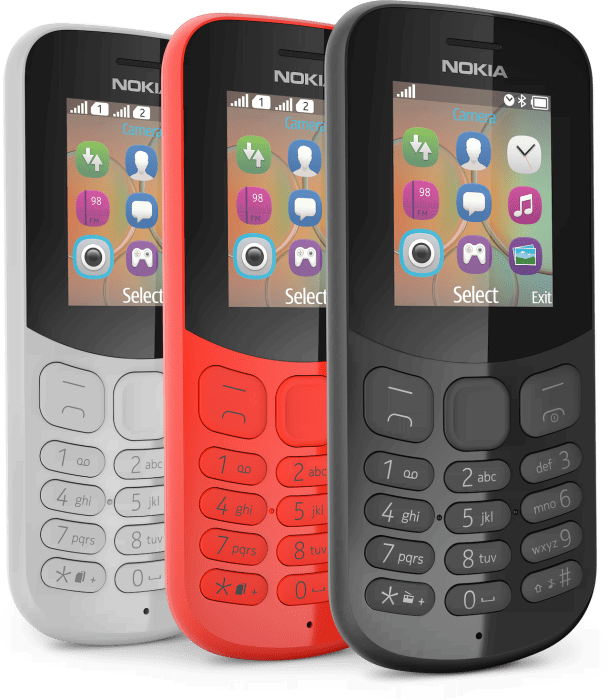 Nokia 105: designed to take on the everyday 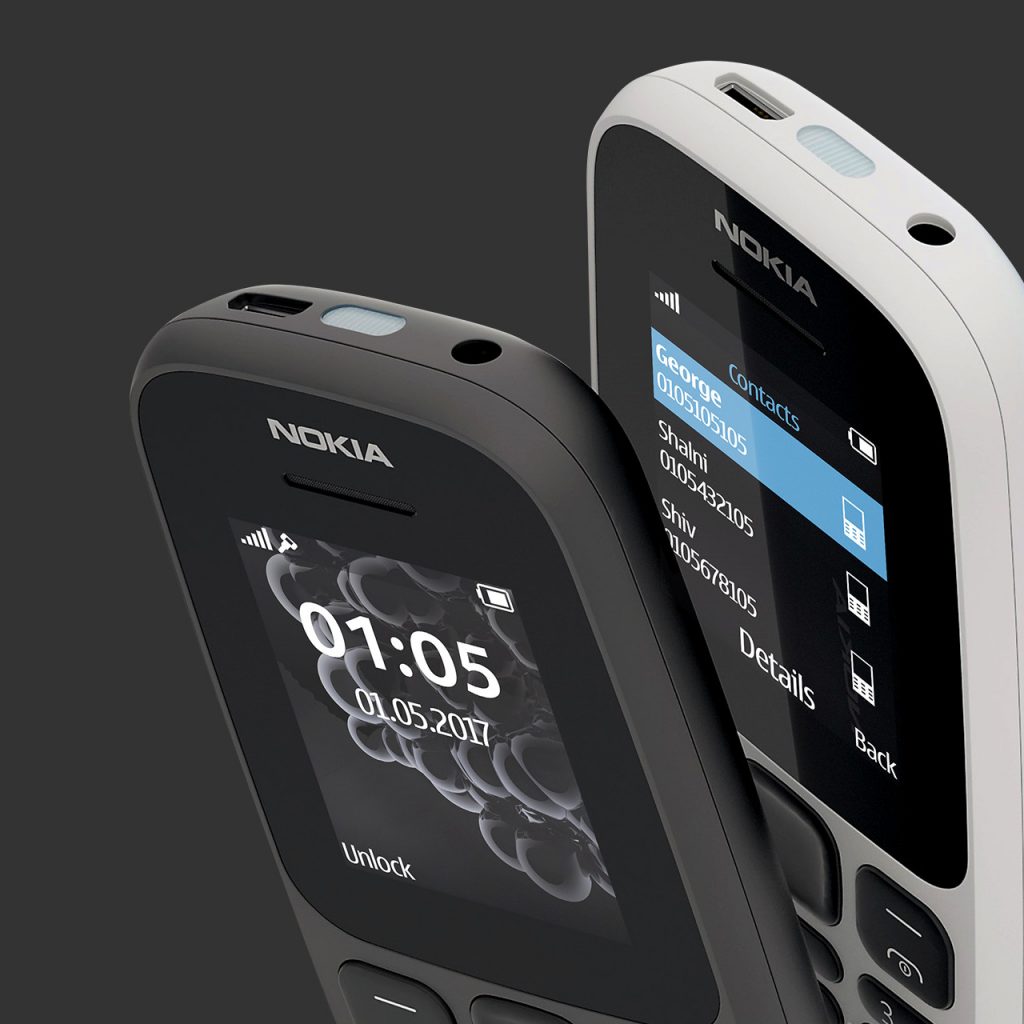 The new Nokia 105 offers over 15 hours of continuous talk time and a month long standby, thanks to the 800mAh battery. This, so that the buyers in unlucky areas where the electricity is still scarce, can still remain connected to their dear ones. That is a situation in many of the developing and under-developed nations, including India. The phone also features a LED flashlight to look for things in the dark.

Some entertainment is also baked into the new Nokia 105. Snake Xenzia is a classic game which comes preloaded on the Nokia 105. Taking full advantage of the larger screen, the Nokia 105 also comes preloaded with two try and buy games – Doodle Jump and Crossy Road. The Nokia 105 will be available in blue, white and black all matte colors. The estimated retail price (before taxes) is €12.65 ($14.50) for the Single SIM and €13 ($15) for the Dual-SIM variant.

Find more details on the Nokia website for Nokia 105.

Nokia 130: feed your playful side

The Nokia 130 (codenamed Nokia Kesa) also makes an appearance in the press release. The Nokia 130 brings a more feature enriched expereince, focused more on basic connectivity and entertainment. The phone features a camera (unfortunately just a VGA) and 8MB of storage. Luckily, you can expand the storage up to 32GB using a MicroSD card and use Bluetooth to share your photos, videos and music files.

The battery on the Nokia 130 is beefed up to 1020mAh which allows for 11.5 hours of video playback and up to 44 hours of FM Radio playback. There’s a flash light included for that unfortunate time when the power goes off. The flashlight can be conveniently turned on by a double press of the up key.

The Nokia 130 will be available in red, gray and black with an average price of $21.50 excluding taxes and subsidies.

Find more details on the Nokia website for Nokia 130.

Nokia 3.1 Plus (for Cricket Wireless) and Nokia 2V (for Verizon) launched in the US