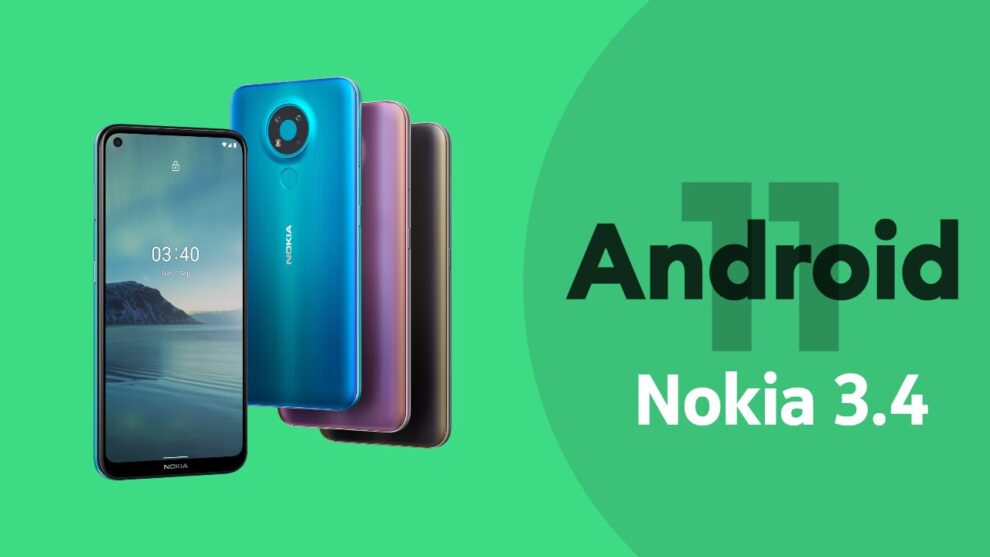 Nokia 3.4 users can finally upgrade their smartphones to Android 11. The long-due update that was originally scheduled for rollout during Q1 2021 comes in a packed size of around 1.7 GB. The upgrade with build number 2_410 is live in 39 countries (or markets) as part of Wave 1. Here’s a list of countries.

HMD Global has been under criticism for not upgrading the devices fast. Fans and users expect faster OS upgrades compared to other brands since Nokia phones run a near vanilla Android experience under the Android One program. HMD has been more or less silent about the reasons for the delay, however, it is nice to see them still trying to update the devices instead of just forgetting about them.

Anyways, If you are a Nokia 3.4 user or know somebody who owns a Nokia 3.4, you can check for updates and hopefully, the update will show up. If not, HMD has stated that the rollout is pushed in small phases and 100% of the users will get the update only by August 22.