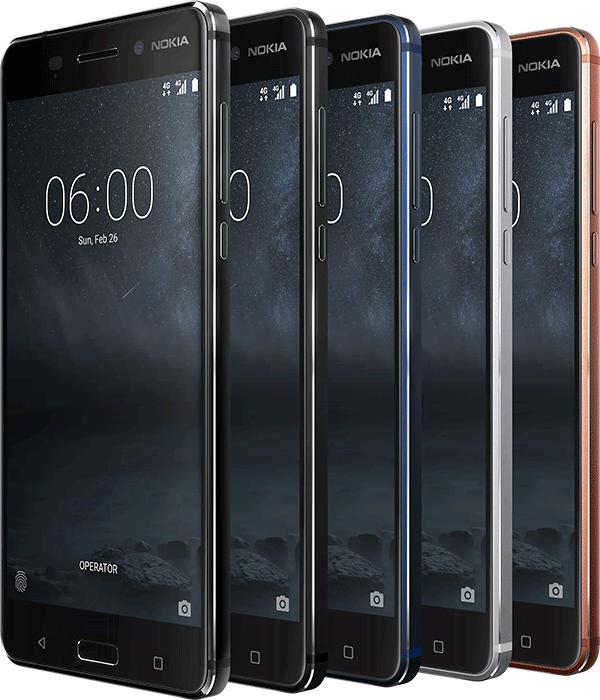 Add Comment
Nokia also announced the Arte Black color variant of the Nokia 6. It is special because it packs a slightly better hardware than the standard Nokia 6. So what is it that makes it special? Let's find out!

The difference lies in double the amount of storage and 1GB of extra RAM. So, the Arte Black variant of Nokia 6 packs a massive 64GB of internal storage and 4GB of RAM. And you also get the option of using a MicroSD card to expand the storage further by 128GB. On the other hand, the standard Nokia 6 comes with 32GB of storage and 3GB of RAM.

Please do note that the actual user-available storage space will be lesser than 64GB. This is because the operating system and the default apps do take a good amount of storage. 64GB is still a big storage and the availability of MicroSD card slot makes the deal even sweeter.

The storage, the RAM and of course the color is all that is different. Everything else, including the SOC/CPU, Camera, Display are all the same as the original Nokia 6.

The increased storage and memory in Arte Black variant will also cost you more than the standard edition. The Arte Black edition is officially priced at €299. This is a difference of about €70. The pricing seems quite high for the additions that the special edition brings, but that’s for Nokia to decide.

Of course, the actual prices in different regions will vary depending on the exchange rates and local taxes.

Another thing to note is that the Arte Black edition is marked ‘Limited Edition’. Now, how limited it would be is something we do not know. It could be that Nokia will keep a steady stock of arte black, or they might stop production after producing a few thousand of limited edition phones. You never know! So, if you plan to grab one of these limited edition phones, be sure to grab them as soon as they get onto the shelves. We’ll keep you updated about when that happens 😉

What do you think about the Nokia 6 Arte Black? Do you find it a good deal or not? Let us know via the comments below 🙂