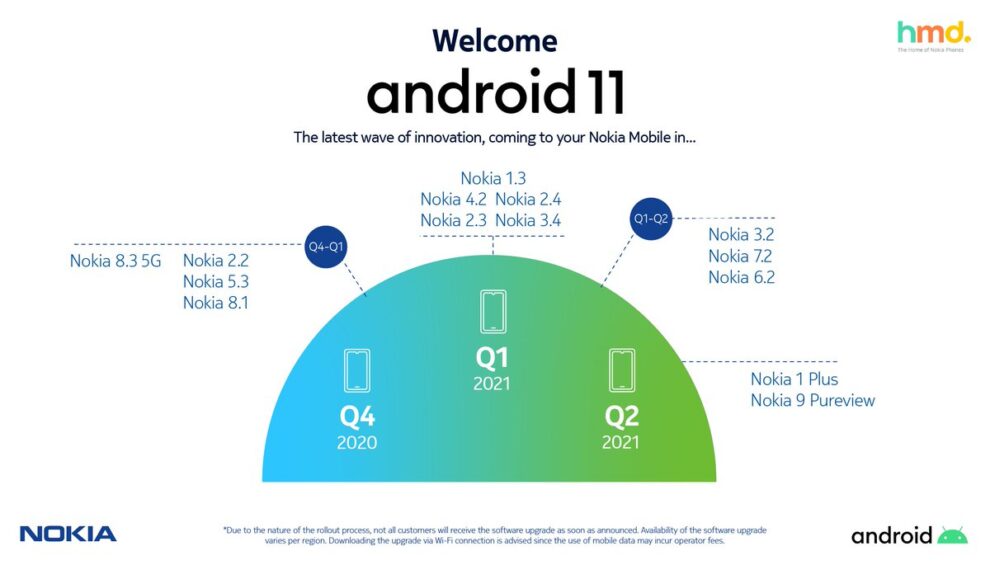 Nokia Mobile is preparing to update the eligible Nokia smartphones to Android 11. Today, they tweeted about their official roadmap/timeline for the Android 11 rollout. However, they were quick to take it down, suggesting that they did not want to reveal the information at this time and it was an accidental post.