Taiwan seems to be the first market to receive the Nokia X6 after China. There were reports that the Nokia X6 will launch in Hong Kong on July 19th, however, . Update: The phone (Nokia 6.1 plus) is launched in Hong Kong as per the original schedule. The Taiwan launch should happen in the month of August.

The official Facebook page of Nokia Mobile for Taiwan has today posted a teaser with the Nokia X6 and the Android One logo. Nokia phones in China do not run on Android One. So, this is definitely the first global appearance of Nokia X6. The photo is also captioned appropriately as “This time Nokia is going to take you to the tide this summer”. 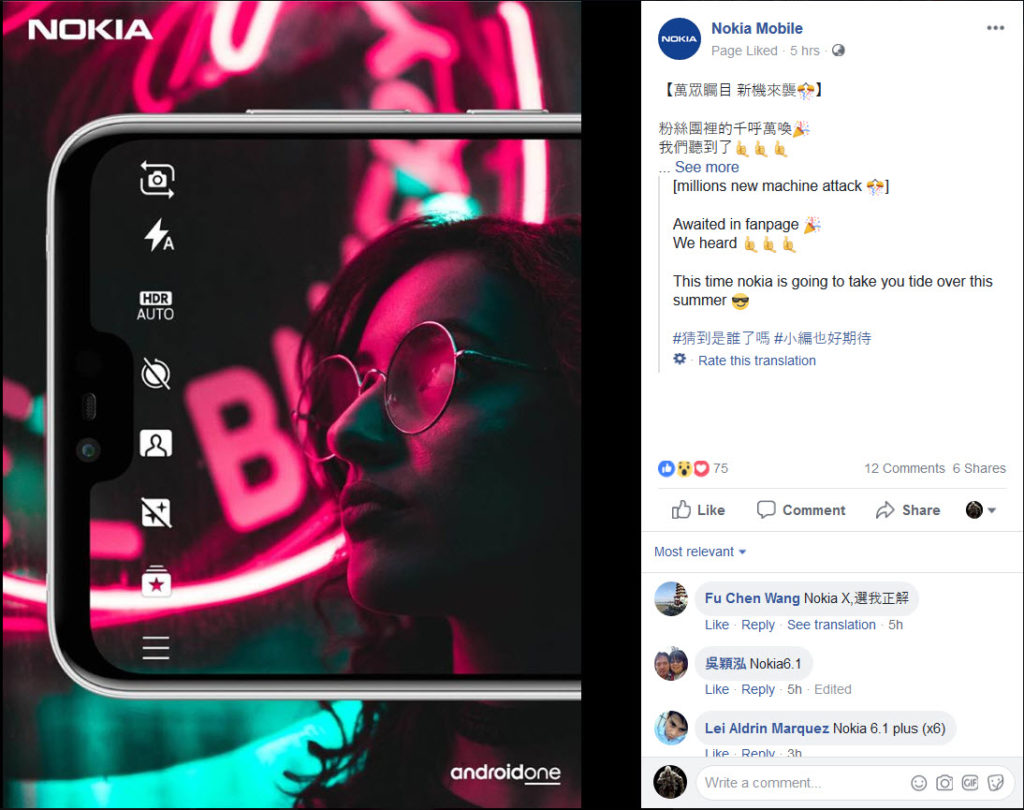 The report from Hong Kong also mentioned that the Nokia X6 will launch as Nokia 6.1 Plus in other markets. The phone features a 5.9-inch display with the infamous notch. That said, the notch is much smaller than the one we saw on the Nokia X5 which launched today.

Stay tuned for latest updates on Nokia X6 and all other things Nokia!

Thank you, Lydia for sending this in! 🙂